Prelude to Can't Stop the Music 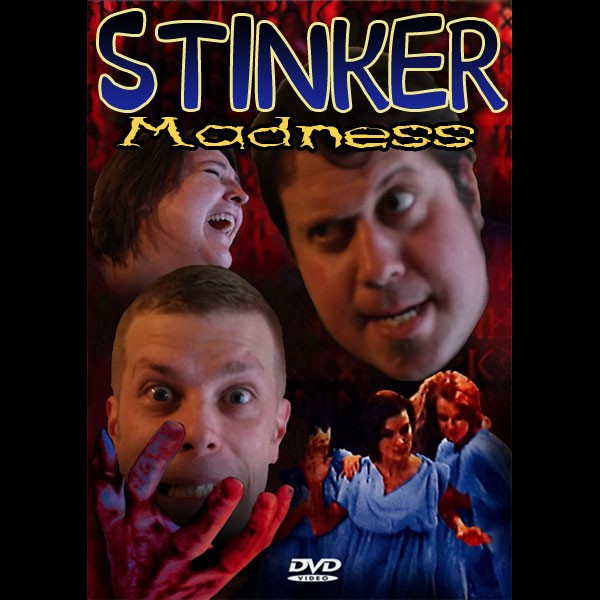 Jackie chooses yet another movie with crazy costumes and singin' and dancin'. But will the very first Razzie winner scare her away from making the same mistakes as A Star is Born and Xanadu? Or will a bunch of gay men that can actually sing and dance win over Sam's fear of disco? Check out Can't Stop the Music currently on Netflix and join in on the fun with us.

Directed by Nancy Walker who started as a stage comedienne and screen actress. She was Mildred on McMillan and Wife and Ida Morgenstern on The Mary Tyler Moore Show as well as the spin off Rhoda. She started directing on the last two aforementioned series. Her only other non TV series directing credit is Magic Night, a television special tie in to this film, starring Cher, Steve Guttenberg and Hugh Hefner.

The film was written and produced by Alan Carr, who was a producer on Grease, it’s sequel and Cloak & Dagger, among several others. He is known for managing such heavy weights as: Tony Curtis, Peter Sellers, Rosalind Russel, and Dyan Cannon.

Producer Allan Carr was coming off a massive worldwide hit with the pop musical Grease when shooting began in May 1979 at the height of the disco craze. Carr took a hands-on role with the production, and personally directed and cast the male athlete extras for the "YMCA" musical sequence. He had attempted to cast Grease star Olivia Newton-John in this film as Samantha, but after discussions between her producer, John Farrar, and Morali over who would write Newton-John's numbers, Newton-John instead signed on to play the lead in Xanadu.

The first draft of the script was written by Bruce Vilanch.

Half of the film's $20 million (US) budget was spent on a lavish world-wide publicity campaign that included spectacular openings across the United States and Europe.

This film, playing on a 99-cent double bill with Xanadu (1980), inspired John Wilson to create the Golden Raspberry (Razzie®) Awards in 1980.

In later years, some members of the Village People said they disliked the way the film distorted the formation of the group and toned down the influence of the gay male subculture. However, the film was not meant to be a biography of the group.

With a budget of around $20 million (US), the film was considered one of the most expensive musicals ever made upon release.

Nancy Walker's only theatrical feature film. Publicity for the theatrical release stated that Walker was the first woman to direct a multi-million dollar musical, and had been signed to a three-picture contract.

Despite the fact that the film received a PG rating by the Motion Picture Association of America, there are flashes of male full-frontal nudity in the "YMCA" number. Some cuts of the film remove those shots, as well as footage of a topless Valerie Perrine in a hot-tub during the same number.

Baskin-Robbins had a Flavor of the Month tie-in called "Can't Stop The Nuts" with store signage promoting the movie. There is also a Baskin-Robbins product placement in the movie.

Bruce Jenner ultimately chose to appear in this film instead of a role that had been written for him in Airplane!. That role ended up being re-written for Kareem Abdul-Jabbar.

Beyond the Village People, the film also stars former showgirl and former Playmate Valerie Perrine who also appeared in relevant films such as Lenny, Kurt Vonnegut’s The Slaughter House Five and Cannonball Run.  Okay, I’ll concede that only Cannonball Run was relevant.

Steve Guttenberg is possibly the star of this.

Keep an eye out for Barbara Rush and Jack Weston.