Chaz is back and with the help of Michael Biehn and Billy Paxton, sends seven guys in to blow up some moderately dangerous weapons, comes back with only four guys and commits ineptitude and crimes against humanity along the way. Recruitment has never been so good, right?

Wow, is Navy Seals a terrible representation of America's top elite fighting force. I mean, if this is how things really are, help us all because bad things are going to happen around the world. Nothing here makes the viewer say to themselves, "Hey, those guys are doing a good job. I should join up." Now, all our libtard "war is bad" attitude aside, these guys are completely inept. They take the hardest route to do the most mundane of tasks and end up getting most of them killed with each step.

Charlie Sheen puts on his tough guy face and then realizes he still has that Charlie Sheen face, so he runs with it. Here Topper Harley gets a little too close to the edge, in much hilarious fashion.

So the film's plot (while LOOSELY based off the real life Dan Black) is a pretty conventional "cop goes undercover and almost goes over the point of no return" but the manner in which its delivered makes for a pretty solid LOL time while adding in a lot of room for riffing. There's this juxtaposition between going dark and goofball humor that completely conflict with each other, making a weird tone to the entire experience.

Once upon a time in Hollywood, we made movies around soundtracks and the movie took a second place in effort. At the height of that craze, we were left with this malarkey and the legend of Chris O'Donnell was born.

Let's get this out of the way; we've come a long way since swashbuckling was big and there's good reason. It stinks. Think of watching Henry Cavill mess a bunch of guys up in an alley during the first season of The Witcher. It's badass. Swashbuckling is not. "Yes, but the kiddies can't exactly watch The Witcher split a man's head in half with a silver sword, now can they? Oh wise podcast critic! Haha!" Charlie Sheen might say. Ok, well then think of Viggo Mortensen fighting orcs at the Battle of Helm's Deep, you winning bastard! Swash-buckling is a complete waste of time. 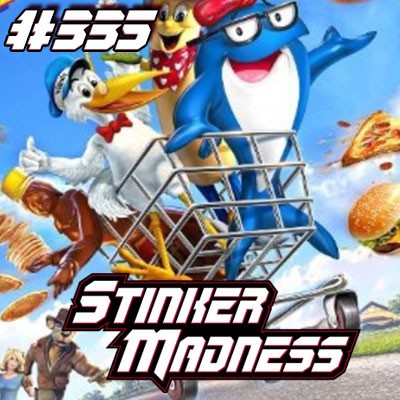 Ok, so we know it's really bad. The animation is atrocious and the jokes are cringe-worthy. That's all been said. Let's get into this a little deeper.

This movie is sweet. It's a real brainbuster as to why this isn't a more widely known film. If you were born as a male from 1975-1985 and you had seen this film at about the age of 11, it would have easily been your favorite film. Its got everything you could want: sweet cars, racing, cool guys, explosions, boobs, and a sprinkling of some magic baloney. We can only figure that because there's 4 sets of boobs in it that most parents wouldn't let their children see it. Well guess what, now we're all adults and this movie should be a big deal. If you haven't seen this, stop what you're doing and go watch it. It's for you.

Prelude to The Wraith

Presented by Barret Jaxson and the Dodge M4S. Charlie Sheen makes a special appearance to tell us all about it.