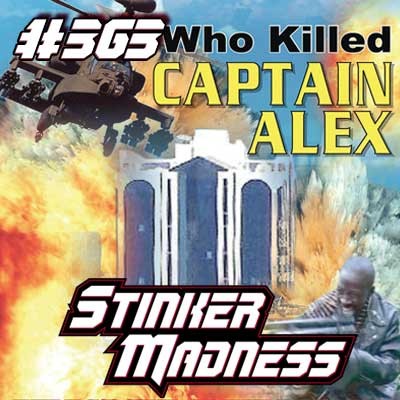 Who Killed Captain Alex is one of the cleverly disguised as crap, but actually smarter b-movies we've reviewed on the show. We found the plot to be fairly conventional while watching the movie until the last 3 frames and we released that we had been duped. This was no common hyper-budget action movie. Nothing out of Vietnam, Philippines, or Mexico writes like this. Its absolutely riffing on the entire genre in the vain of The OP, Turbo-Kid, and Jesus Christ: Vampire Hunter. The hook is so subtle despite it being the title of the damn movie.

Nothing looks as good as Who Killed Captain Alex does....on a $200 budget. The film-makers REALLY stretched their budget and that is completely part of its charm. Admiring their costumes, props (especially the guns that they craft from found-materials) and the sets is all part of the experience and puts a small on the face of anyone who has tried to make their own budget movie.

The VERY best part of enjoying CA is how much fun everyone involved is having. Its clear that underneath any acting face is a giant grin. Everyone is having a blast at making this movie and it's well deserved that its now seen across the globe. Fantastic.

We have 1 warning - VJ Emmie (the Video Hall riffer that runs throughout the film) is a little tough to take at first, but by the end of the movie, you learn the experience wouldn't be the same without him.

Masters of the Universe Preview

Masters of the Universe