To Catch a Yeti 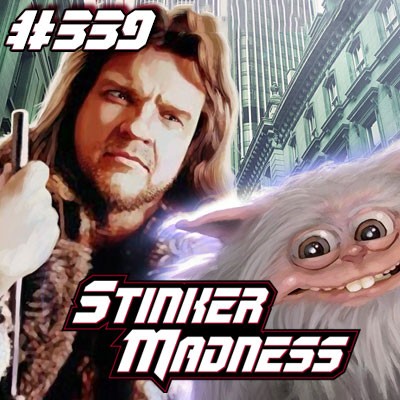 We've got a monster-bud on our hands in the most notable work of Meatloaf's career. When the world's greatest hunter gets hired by a rich family to catch a yeti, he gets thwarted by a little girl whose clothes don't fit. Everyone is going to jail here.

One might go into this thinking that you're about to be tortured for an hour and a half, ala Mac and Me, or C.H.O.M.P.S., well you're sorta right. This movie is as expected godawful, but somehow it dodges being in the bottom of the barrel. It manages to stay on target throughout the whole thing. There's no scene where the little girl and the monster bud go to school and crummy hijinx ensue. There's no scene where the monster bud destroys the whole house while riding a vacuum and chasing the dog. It steers clear of all the usual pitfalls that monster-bud movies fall into.

Instead of where it typically could have gone, it is just a series of Meatloaf chasing a little girl holding the worst Furby prop for an hour and a half. There's a volley of crummy jokes here and there yet none are groin-worthy, they are just ignorable while you're riffing the film. It continually sets itself up throughout with some scattered big laugh moments (usually involving Meatloaf murdering a Francis (Pee Wee's Big Adventure) impersonator.

There's some very strange decisions made and some LOL moments but in the end it's still not that fun. With that in mind though, it might be the best monster-bud movie we've ever reviewed. Enter at your own risk though.