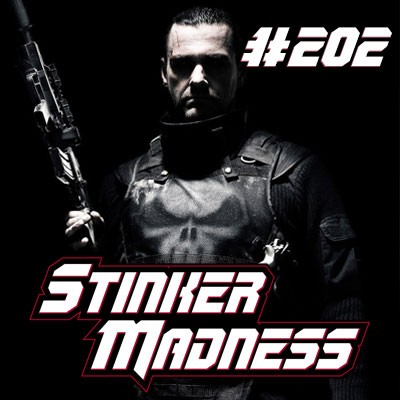 Our final film in our superhero threepeat is 2008's MCU bonkersfest Punisher: War Zone and its a masterpiece. Its the most violent, over the top, ridiculous, preposterous, bad-assery, poorly acted gem of an incredible time. It would have been impossible for this film to be successful but it is also impossible to NOT be a cult-classic. It's great.

Ray Stevenson kills it as the Punisher. There should be no other person to ever play Frank Castle (Sorry Joe Bernthal, Punisher doesn't have roof top conversations with men in tights; he just kills people). Ray's big, formidable, and hardly has any lines. He's brilliant.

Then, on the other side of the acting, you have Dominic West (Jigsaw), who seems like possibly the worst actor imaginable. He's a caricature of a tough guy. It seems impossible that anyone could be worse, but then....it happens. Doug Hutchison (Looney Bin Jim) is bananas. He wins the bad act-off contest in stunning fashion. If bad-acting was a gladiatorial tournament, then Dominic West would yell at the audience "Are you not entertained?" (poorly) and the audience would go nuts but the Emperor would give the thumbs down and in comes the ringer, Doug Hutchison. Doug is blindfolded and has one hand behind his back and a moldy orange as his weapon, and beat the crap out of Dominic West. And then they team up to take down the whole Roman Empire for the rest of the movie. It's amazing.

Then there's the action sequences....bonkers. Within the first 10 minutes of the film, you've either left the theater or gobbling up popcorn while trying not to blink. Lexi Alexander basically said, "Fuck it" and just went out and gave everyone what they wanted (except the investors).

While a totally bad and terrible film, there's a level of quality in how dumb it is. It seems that Lexi Alexander had nothing but bad surrounding her. She was working with a script that the guy who wrote Armageddon walked away from, she's got Doug and Dominic stinking it up because no one else would do it, and she's got Loinsgate to deal with and we know how good they are at ruining their own projects. She took all this bad and just had fun with it and we applaud her directing ability to make this turd a true gem. We can't stress how much this film kicks ass. There's few words to describe it and we insist that you don't miss Punisher: War Zone.

Prelude to Gone with the Pope