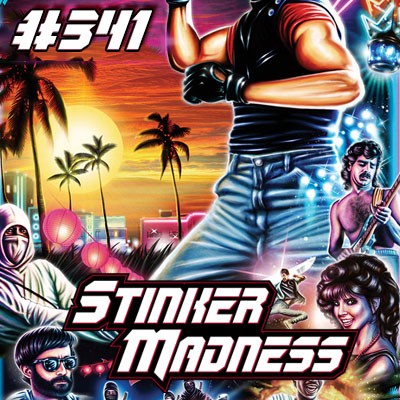 We take one of the most beloved stinkers of the last decade and find a new reason to justify the entire plot - a rumble to the death over the most important theme of the 1980's - high fashion.

Miami Connection is at the top of the list for most fans of crummy films and this is no accident. It's truly one of the most accessible bad movies of all time. Where some may struggle to view The Room and Fateful Findings there is something for everyone in YK Kim's masterpiece, especially those from the 80's or have 80's nostalgia. While those two items are helpful, they are not required. You can show this to just about anyone, from all ages and all walks of life.

Then there's Dragon Sound. In the usual vein of films like this you might catch a glimpse of the amazing band playing in the background but Dragon Sound is front and center throughout with two entire songs played without break in music video format. With some of the worst lyrics ever put to film and "Against the Ninja" showcasing the plot verbatim, Dragon Sound is the most beautiful train wreck set to video.

With a dubious plot (flushed out by us as about high fashion) you might get glued into the adventures of Dragon Sound and then nonsensical dialogue (at least the lines you can understand), but at the climatic scene you'll find yourselves inside of the hardest shift in direction of any film. Then last 20 minutes is a complete WTF as somehow YK Kim said to his cast-mates, "Hey, just go nuts" and they take it quite literally.

In the end, Miami Connection just gets better and better with each view and isn't just a pretender. It's a glorious example of why people love crummy movies and will go down as a classic and Hall of Fame material. It's a true treasure. Thank you, YK!