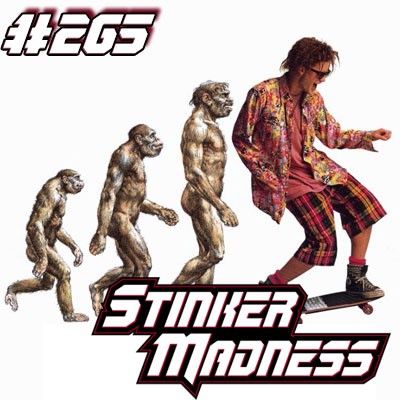 We get straight to weezin' the juice as a caveman gets called out for being, well...a caveman. It's that old story of boy meets girl, boy gets frozen in a glacier and then boy meets potheads and learns the wonders of the doobage.

Encino Man is a movie that shouldn't be any fun at all. But it is. End of story. It has that strange ability to be not funny but fun throughout. It's outlandish, ridiculous, and stupid but never stops being a wild ride.

What may not be overtly stated is that the movie tells us that the only way to not get murdered by a caveman and have a smooth transition for him into modern society is marijuana. There's no onscreen use of the pot but behind the scenes it's heavily implied. If you know anything about potheads and the things that surround them, you'll spot this pretty easily. Stoney (Pauly Shore) is the easy spot but those who know what I'm talking about will also recognize Dave (Sean Astin) as that straight-laced fella whose parents don't know he's into the weed.

Even Dave's parents are potheads as evidenced by "Who is this caveman-looking-guy? And what's up with the house being trashed?" says mom. Dave's reply: "He's that exchange student I told you about." Mom: "Oh...ok I forget crap all the time!" Potheads.

So much fun and shenanigans make Encino Man a great revisit from a popular film that shouldn't stand up to time but totally does. Check it out as soon as you can.

Prelude to Bending the Rules

Prelude to Over the Top