Jem and the Holograms

In October of 2015, Jem and the Holograms was released into US theaters with much fanfare, and by fanfare I mean people asking "They remade Jem? Well that was dumb..." and then one week later it was nowhere to be found, instantly making it a SMABFA contender. Whose idea was this anyways?

Jem is a moral tale for females of the Millenial generation. So think of the most annoying thing in the world. Correct, its a teenage girl from that generation. So that's not good. However, the moral really is a good one; that girls shouldn't be who society dictates they should be, they should be themselves and revel in their own strengths and weaknesses. It's a great moral and we at Stinker Madness fully support it.

For years people have been requesting a remake of a really stupid and poorly thought out 90's movie with horrendous acting and too many "dude bros" and then make it much much stupider. Wait...no one asked for that? Then wait the hell is the point of Point Break (2015)?

The story of 2015's Point Break is truly one of the more poorly thought plots in recent memory. Johnny Utah must go undercover into some extreme guys again and to do it he must also do extreme stuff to build up their trust. There the plot similarity ends. The real dumb stuff is the motivation of Bodhi and his crew. They are going to save the Earth (environmentally, ie. "Mans progress is totally harshing my groove, bro" crap)...by doing 8 extreme sport/stunts. Yup. Save the Earth by jumping off stuff. Now one can argue that they are environmental terrorists who are going to stop corporations from damaging the Earth by extreme criminality but at no point would any of their stunts do that, one, in fact, damages the Earth more than the activity they are preventing and then halfway through the movie, they just give up on that completely and just do extreme sports so, as Bodhi puts it, "become one with the Earth". If only "becoming one with the Earth" meant splattering into the side of it at terminal velocity.

Jingle bells all and merry Decemberween to you. Jackie brings in a Lifetime Channel original Xmas movie starring a cat who is an Internet meme. It can't be awful right? Talking animals, the magic of Xmas and a network notorious for making awful cheese family fests? 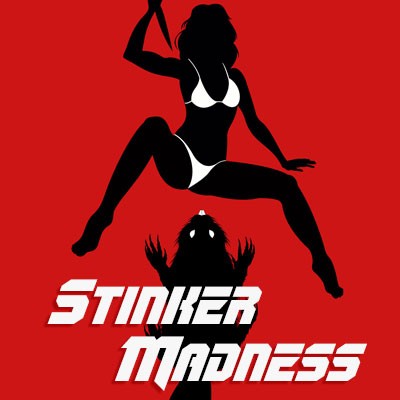 Take beavers, add radioactive waste, a cabin in the woods scenario and you've got the idea behind Zombeavers. Add annoying characters, a series of missed opportunities, confusion on what the film is trying to do, doing the dog in the wrong way, and far too many unintentional cliches to be bothered with. If you enjoyed films like Cabin Fever, Cabin in the Woods, or Dale and Tucker Versus Evil then this film is a platform for disappointment. This is much more like Wolf Cop. Bummer.

The primary problem with the film is that it doesn't know what it is. Is it a comedy that takes a satirical look at all of the tropes of your typical budget monster movie? Or is it just a crapped out, lazily written horror movie that doesn't bother to create anything new other than that the antagonist is furry beavers? There's points of the movie where you think "Oh good they get it and this is going to be fun" such as the opening with John Mayer and Bill Burr, or bothering with much of a scientific explanation of the beavers being zombies or instead of when bitten you just become a zombie of whatever species you are, you become a zombeaver version of whatever species you are. But then it trips over a plethora of plot details that get setup but go absolutely no where or fail to deliver the right joke that is blatantly staring the audience right in the face. Its like someone is pitching the script perfectly at a writer who has never swung a bat before. Swing and miss. Swing and miss.

Top Actors of 2014 that Started in Bad Movies

Our list compiles the highest paid actors from 2014 (according to Forbes.com) and those that really got their acting start staring in budget, cult, and/or bad movies.

Nominated for 4 Academy Awards and winning 2 Golden Globes for his performances in The Wolf of Wall Street and The Aviator, many consider DiCaprio to be a "good movie" staple. However his career didn't start out that way. His first film role was in Critters 3 and then followed that up in Poison Ivy, while then going "all retard" in What's Eating Gilbert Grape (which is a fine film) he starred as Kid in The Quick and the Dead (directed by Stinker Hall of Famer, Sam Raimi).

Watch the Movie on Netflix

Cynthia Rothrock builds a team of elite tough gals made up of Zoe Bell, Kristanna Loken, Vivica A. Fox, and Nicole Bilderback to take down a broad-shouldered Brigitte Nielsen who is hell bent on being the CEO of a bad-guy factory. With the power of plot convenience and inept villains, the team invade "The Citadel" to spring the kidnapped First Daughter and maybe some sex slaves.

So the movie achieves two things - becoming the best Asylum movie ever made and reminding us why the cast is still stuck in the C-list bracket. The acting can be quite bad, especially from Vivica A. Fox who reprises her role from Sharknado 2 as Hammered Shit. Cynthia Rothrock helps out by playing the top of the CIA, but choose the worst hair style of all time, usually found on 16 year girls from small towns in Nevada. Zoe Bell dons a poopy face through the whole thing because I guess that looks tough. However, Kristanna Loken, Nicole Bilderback and Brigitte Nielsen surprisingly do a really good job especially Nielsen who dispute going to hell in the looks department plays a very sinister and maniacal villain.